It’s a SPLOT imitating Powerpoint? Right? No! It’s not intended to be a replacement for Powerpoint when you’re trying to project slides on a screen while talking and presenting or lecturing to class. But if you’ve ever created word-heavy or image-heavy Powerpoint files as quasi-tutorials and then made them available for students to download, expecting them to walk through the file, you might want to take a good look at SPLOTpoint.

With this SPLOT you can create rich media click through “slides” (they are really just WordPress Posts), with big pretty buttons.

This is a “SPLOT-ified” version of the Intergalactic free theme used previously with custom modifications for presentations that live on the web.

Now all of this can be created, presented, and wowed with a simple WordPress Theme… and it makes use of the Customizer to tweak things. 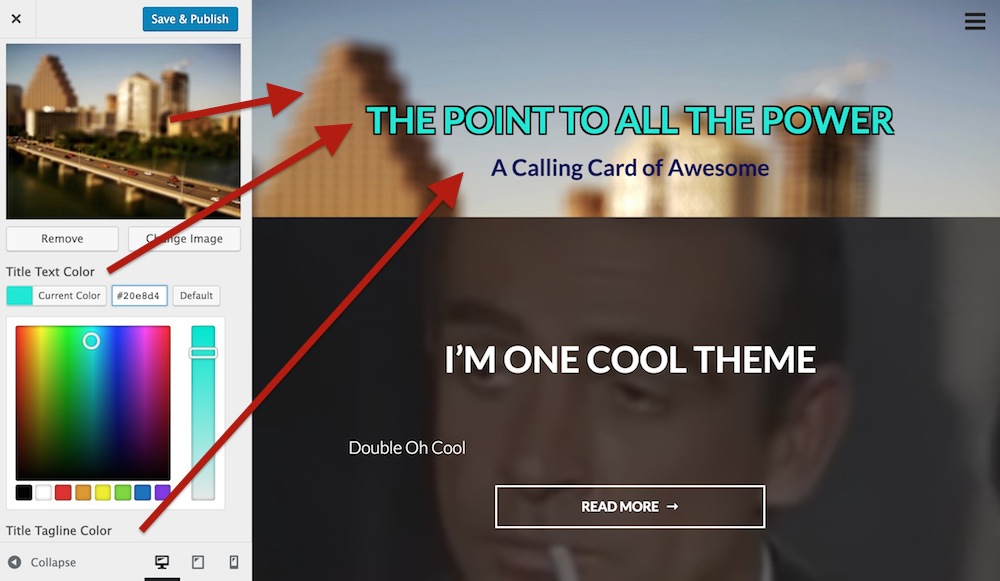 Using the Customizer in Splotpoint to modify the main entry screen

All of the NOOC’s listed in the CTE’s new Open Online Courses library are created from SPLOTpoint.

One of the advantages of SPLOTpoint is how easily available you can make it for students. WordPress and SPLOTpoint automatically adjust to screen size, so viewing it on a phone or tablet or giant 36″ HD screen is no problem. It’s on the open web, so students can get to it. It’s outside the LMS so no login is necessary and it can become a permanent reference or resource.

You could make short tutorials. You could create how-to guides. Let your imagination go.