Remember that famous line in the movie The Graduate where Dustin Hoffman, the new college graduate, gets that one word piece of advice “plastics”? Well of course you don’t remember that because you’re probably not a really old man like me. But maybe you saw it in some retrospective on Dustin Hoffman’s career.  Anyway, I’m here to tell you ONE WORD for your future in teaching and it’s not plastics. It’s SPLOTS. That’s right. SPLOTS. I’m telling you, it’s the future of teaching and edtech. 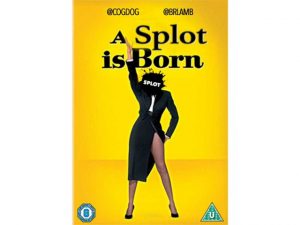 So what does SPLOT stand for? It’s obviously an acronym but nobody really knows what it stands for. The catchy(?) acronym came first. Alan Levine, a man who could rightly be considered the godfather of SPLOTS wrote about the origin story here. It probably won’t surprise you to hear that SPLOTS were invented over some beers Alan had with another great edtechie, Brian Lamb. It doesn’t surprise me that such great open learning technology was invented in Canada with some help from Tom Woodward in Virginia.  Anyway, since the first outbreak of SPLOTs at Thompson Rivers Univ (TRU), folks have been trying to agree on what letters stand for ever since. There’s lots of possibilities.

There are other possibilities for what SPLOT means. Super Possible Lucid Outstanding Tools. Super Perceptive Latest Open Technologies. Simplest Lightist Opportunistic Tools. You get the idea. The thing is the name doesn’t matter. What matters is what they ARE and they can DO.

The Concept: Easy to Use Edtech Tools

If you’ve spent some time in ed tech, especially trying to teach with it, you might be willing to argue that “easy to use” and “edtech” don’t belong in the same sentence together. But that’s the concept.  Tom Woodward runs the Virginia Commonwealth University blogs and domains-of-one’s-own program. He’s a former history professor turned edtechie (and still teaches some). Back in 2017 Tom described the idea thusly:

There is a tendency to make or buy tools that try do everything. As a result we end up with a massive tool that does most things poorly and few things well. Learning goals get obscured by the increasing complexity involved in navigating the compromises inherent in the omni-tool. It’s not focused on a particular discipline or kind of thinking.

While generic tools have their place, that place should not be ubiquitous.

Today’s technology lets us build tiny, targeted tools that get learners to the learning with as little unwanted friction as possible. These tools can be built quickly and with virtually no cost on a number of platforms by people with all technological skill levels.

Content creation in these targeted tools offers an increasingly sophisticated way to scaffold analysis, entwined instructional resources, and build a unique experience for students- all while creating useful work. This work can then be used for additional educational purposes as the aggregate grows in scale and complexity.

Tiny, targeted tools. Little websites designed to do pretty much one thing. That’s really it. Instead of having big, institutional-size complex systems that try to do and provide everything any professor might ever want and then doing it poorly, why not just create a collection of little, simple tech tools that can be used. What’s more, SPLOTs are different from a lot of edtech tools/systems in two other ways. SPLOTs are open, free, and freely shared. So when Tom at VCU or Brian at Thompson Rivers University (TRU) creates a new one for some purpose, we can get it too and put it to use in situations we might have. The other key feature is SPLOTs are imagined, developed, and created by people who are educators and teachers first. Yes, Tom and Brian and Alan and others like them have a lot more coding skills and tech knowledge than you or me or the average professor. But they have taught. They start in the classroom. They’re just folks that got interested in technology and started learning. Then they started sharing.

Rather than try to define SPLOTs further, I’m going to just describe a few of the SPLOTs we’ve used already at LCC or that I think you might find useful. I’m going to give you several links to SPLOT sites so you can see and experience what they look like and how they function. But first, I next want to offer an analogy by playing with some Legos…